Ishbel murray
Participants busy practising some drawing skills at the 'Creative Islands' Ceum air Cheum Drawing Class taking place each Wednesday evening at the Loch a Tuath Community Hut. Overseen by An Lanntair in our area, the Culture Collective initiative takes in a national network of 26 projects across Scotland, all exploring community-rooted creative activity funded by Creative Scotland) You can read more about the network, and the projects that are part of it on the website: https://culturecollective.scot/ 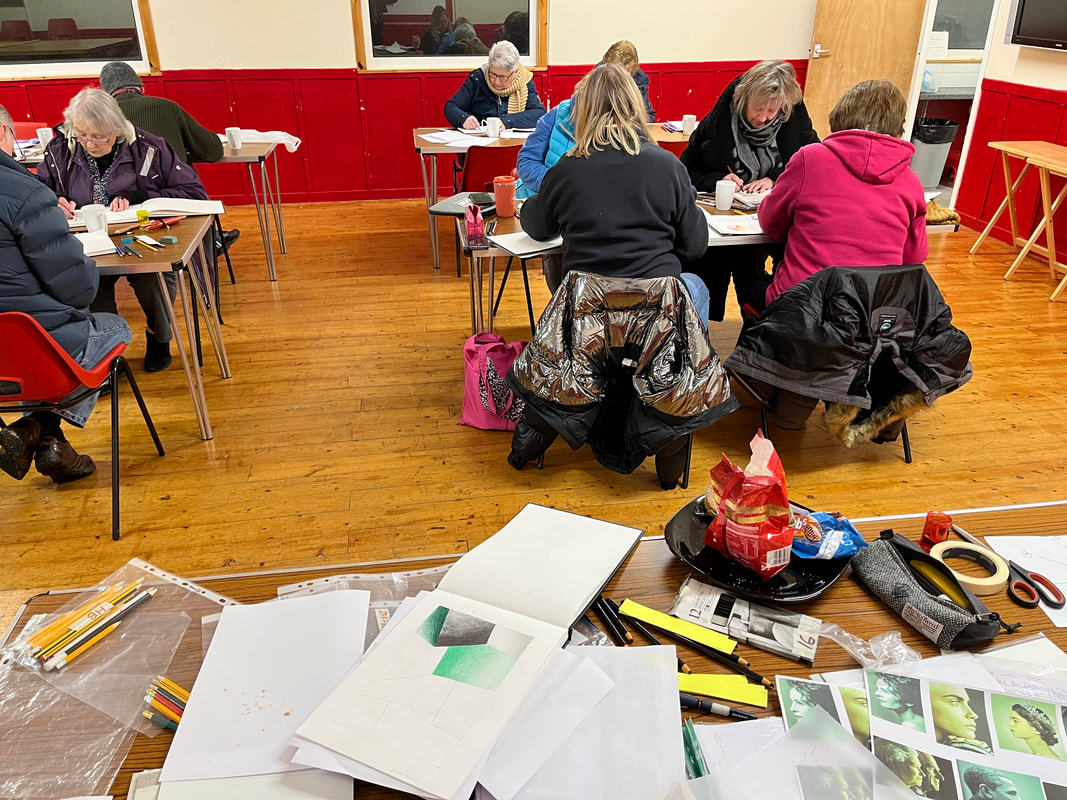 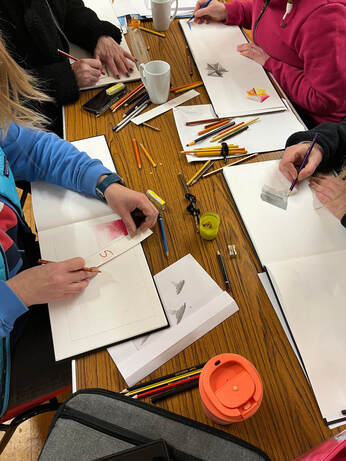 A series of small studies on the the theme of 'The Shed' in its many and varied forms (garage, workshop, outhouse, barn ...) in oil on board completed in 2021 has now become the focus for a community art project.
Violet & Green with Scotia Gallery
Launch Show Friday 13th September 2019 6-8pm

Violet & Green are a Glasgow based duo. Both Alumni of Glasgow School of Art and practising artists in their own right, they have worked together on various satellite projects over the past 6 years. They have now joined forces to work closely together organising and presenting exhibitions. Using their insight as artists, they are a strong force to be reckoned with, offering a unique and professional platform for artists of all disciplines.
Working within Scotia Gallery, at 7-9 Derby Street, in the popular Finnieston area of Glasgow, Violet & Green, is committed to presenting an exciting addition to the varied gallery, exhibition spaces and retail options within Glasgow’s art community.
The first show launches on Friday 13th September 2019 featuring 8 artists including Maureen Rocksmoore, Hidden Hand Art & Design (Andy Hurst), Ishbel Murray, and Gordon Nicol. On Saturday 11th May WASPS supported an artist led initiative for an open studios event at the Briggait that allowed visitors to freely explore this wonderful  building and meet many of the artists who work here. The event was a great success with the hot sunny weather helping to encourage an enthusiastic crowd of up to  300 visitors to attend. It was a breath of fresh air - a chance for artists to meet up with one another as well as  talking to the visitors about their work. We are indebted to the WASPS @ Briggait artists who made it happen and hope it won't be too long before we can do it all again!

July 2016 - Launch of the publication 'Le Mùirn' at the Briggait, Glasgow. 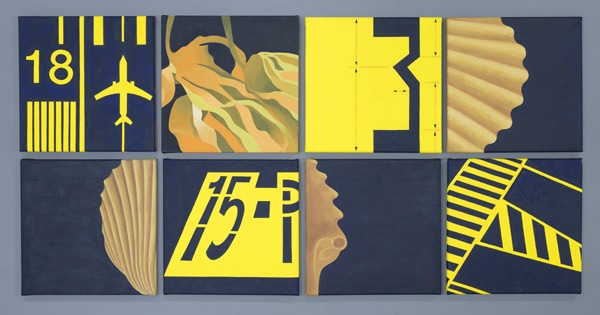 It was a chance remark from Margaret MacLeod of the legendary Gaelic group ‘Na h-Òganaich’ that led to the creation of ‘Le Mùirn’, a literary publication featuring  contemporary art work from an exhibition inspired by the project. Margaret and I worked together on a Ceòl ’s Craic youth project based in the Easterhouse area of Glasgow in 2014. Along with a team of Gaelic music mentors Margaret was encouraging young people, who had no connection with the language or culture, to learn Gaelic songs and then go on to create their own ‘new Gaelic songs’ – no mean feat! Choosing songs that would inspire the youngsters was a challenge in itself and it was while discussing the possibility of including some of Murdo MacFarlane’s songs, so successfully covered by Na h-Òganaich, that I first heard about Margaret’s treasure trove of correspondence from the poet. It was fascinating to hear the story of how their relationship had developed and when she mentioned that he often added drawings to the letters and song manuscripts he sent her – I realised that we had all the elements for a project that was sure to fire the imagination of writers and artists.
Le Mùirn’, commissioned by Ceòl ’s Craic and published by Faram Publications was launched in July 2016 at the Briggait in Glasgow's Merchant City area where the accompanying exhibition was held. The book, written by Gaelic author Catriona Murray, an account of the collaboration between Murdo MacFarlane (1901 – 1982) and Margaret. The huge success of Na h-Òganaich made MacFarlane’s songs world famous confirming his status as an immensely talented song-writer and poet. In this publication Catriona Murray’s description of their relationship is accompanied by  handwritten letters and songs from MacFarlane to Margaret. The manuscripts document the unusual collaboration that developed from the early 70’s when the young singer and the seventy-year-old poet began to collaborate on developing the melodies for his songs. They have also proved a rich source of inspiration for the artists who contributed to this publication in recognition of Murdo’s less well-known talent as an artist.
Although little evidence remains, other than the few sketches on these manuscripts it’s clear that Murdo had ability as a draughtsman.
Through words and images, ‘Le Mùirn’ pays tribute to Murdo MacFarlane’s creativity and captures something of the energy and vitality of the songwriting that has made such a lasting impression on modern Gaelic music and culture.
​
Purchase a copy of Le Mùirn here. Read Roger Hutchinson's review of the book here.

February 2012  - Launch of the publication 'Astar - Glen Tolsta' at An Lanntair, Stornoway, Isle of Lewis. 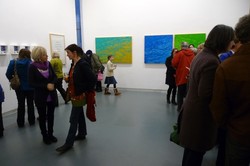 The publication, “ASTAR Glen Tolsta”, published by Faram Publications, was produced to accompany the exhibition of the same name. Featuring an essay by the Gaelic writer and broadcaster, Catriona Murray, the book also includes reproductions of the art work in the exhibition as well as  a DVD of the short film, “Rathad a’ Ghlinne” (The Glen Road).
View here -  follow the link below to make a purchase online.
Astar - Glen Tolsta 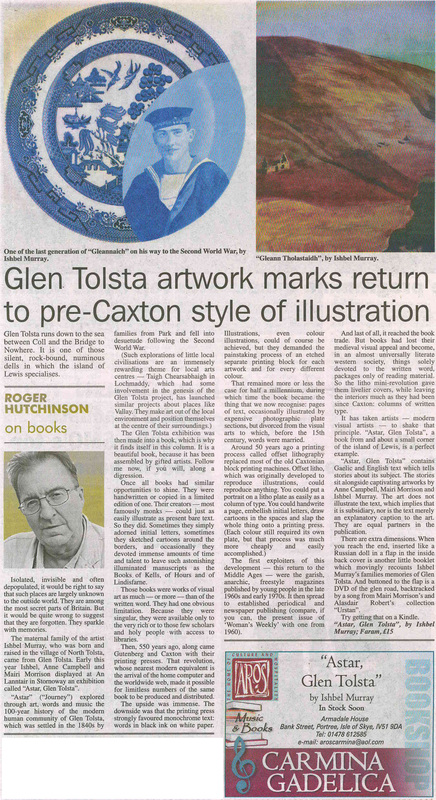 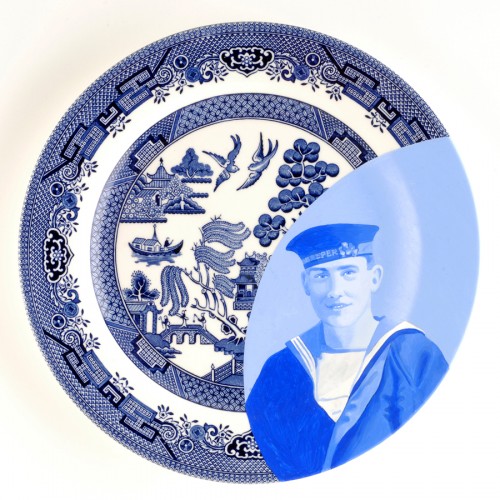